Show business is tough. There are thousands of actors vying for every role. Literally – thousands!  Stewart Stone Casting said that there are over 2000 actors being submitted for each role! And that was before all auditions went online.  Now they can take submissions from anywhere in the world.  And they will!  And they do. Casting will do just about anything to find the perfect actor for that role.  So, the actor that books the job has to be undeniable in the audition room – whether that room is online or in person.  By the way – an actor shared with me that Warner Brothers is even doing chemistry reads online right now! So there can’t be any question in casting’s mind that you’re ready and perfect for the role.

You can’t be a good actor, or even a great actor.  You have to be Undeniable! Undeniable definition: 1. To be incontestable  – which means absolutely no one can argue the fact that you’re perfect for the role.  2. Unquestionably excellent or genuine.  I love the second definition because that is what defines great acting – unquestionably excellent and genuine: authentic, natural, believable.  That’s what everyone wants in casting – not only genuine on camera but in the actor’s heart and how they approach the business.  Let’s talk acting – how do you make your self tapes and auditions UNDENIABLE so that you stand out in the room?  Make great choices.

Yeah, I know you’ve heard that before – make great choices.  But what makes a great choice? No let’s not do great – let’s make UNDENIABLE choices!

In the time I’ve been working with actors as a Director on film and theatre and as an Acting Teacher in Hollywood – including at the SAG/AFTRA Conservatory, I’ve seen a lot of actors make a lot of choices.   The choices that stand out are the really good ones and the really bad ones.  And you don’t want to be one of the really bad ones.  Then there’s just a general wash of actors who are trying to make a choice, they think they’ve made a choice, they think they’re unique — but they’re not. They’re just like all the rest and they blend into that middle general wash section.  Which you don’t want to be in either. But, better to be forgotten than remembered for bad choices.

This is why script analysis is so important.  I teach my students  The 8 Keys of Intentional Script Analysis and The 9 Questions of Intentional Acting to break down what casting, the writer, the producers are looking for in the role and the story.  This way they can make choices that fit into the picture that they are casting. Remember actors just have one part. They are part of the whole, and if you don’t know what the whole picture (or in this case television show or film) is about then you run the risk of of making a choice that has nothing to do with the big picture and they can’t give you the part – even if you’re the most talented.  Because someone, the network, the studio, the EP will contest your audition because you weren’t true to the story.

True to the actor. Not a choice that an actor is “playing” or “playing at.”  I say “playing at” when an actor is judging their character but trying to play at the choice even if they personally, ideologically disagree with the character.  A great actor lives in the shoes of their character, stands in their character’s choices and believes in what they are doing. So even if you’re playing the worst human being on the planet that ever lived – you can’t think you are the worst human being ever. Your character doesn’t!  In fact, most of those people you’re thinking about never thought they were the worst human beings – they thought they were a gift to the world and fully believed in their choices.  So how do you get behind a character’s choices?  Because the second you don’t believe in your character – it shows in your performance.

In The 9 Questions of Intentional Acting we ask Question #2 — How do I relate to the scene or what would it be like if it happened to me? To relate to the character of Osama Bin Laden,  I would find a way to relate to the fact that he felt he was protecting his world from the evils of the Western world.  If I felt someone was threatening my son, family or students – I would fight back.  Now it doesn’t matter if someone  is factually  threatening me, as an actor I just have to connect to my truth — that I feel threatened  – and that’s why I act as I do.   Then I can listen and see what choices appear to me in the moment. But I have to be rooted in the truth and my truth will find these gold mine of choices.

3. An Undeniable choice is rooted in intention.

Yeah, I believe wholeheartedly in Intention.  That’s the name of my technique: Intentional Acting.  When an actor is clear and specific in intention everything follows – your voice, your body, your facial expressions and your gestures.  You know what to do next – it’s like following the breadcrumbs.  But, only if the intention is specific. That’s why I use this definition: Intention: What do you need the other person in the scene to do or say?  That choice that you make has to affect the other person in the scene. What do you want them to do or say — very specifically. I’ve seen this work over and over again. I had one student that had a brilliant performance and when I asked him what his intention was  – which he had chosen based on his expert script analysis –   it was to get the other actor to give him the bracelet off his hand. It was amazing what that very specific, tangible, physical and visceral intention did to make all his choices Undeniable.

So you want to put your unique stamp on your audition and leave the director wanting to see more? Be true to the story, true to you and connect it to your intention. Unique is you.  Remember – there is only one you and when you’re authentically you, grounded by thorough preparation, facts and confidence — that’s when you’re UNDENIABLE! 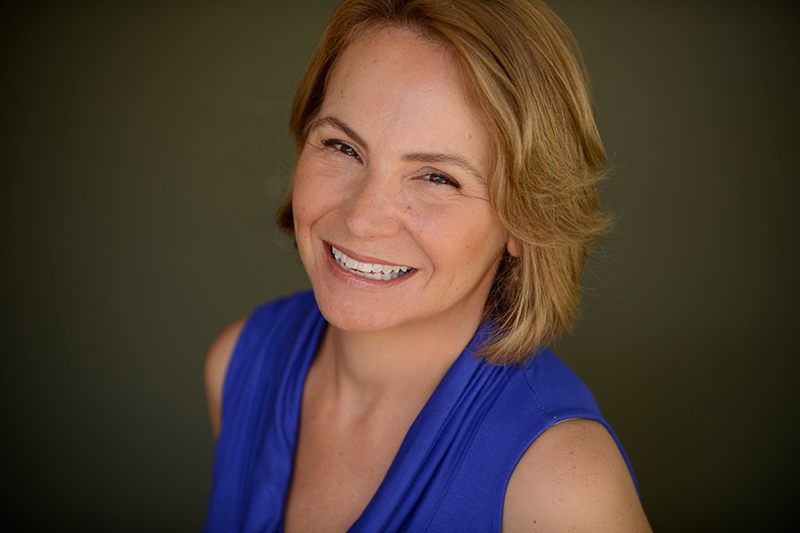