I didn’t “give up” on acting. I chose to leave it. This is an important distinction I have been trying to make to friends and family for the last 5 years since I left the industry. I’m sad to say that I fall into the bracket of the 99% who left up to 5 years after starting out in the business. However, the only reason to be sad is that I don’t particularly like thinking of myself as a statistic. In fact, leaving was a happy experience. In 2012, I fell into a trap, common to actors I imagine, where my “fall back” job, my “in between”, became full-time employment. I know a lot of actors get stuck this way. The coffee –makers, the restaurant waiters, the temporary administrators (sorry, ‘executive liaison officer’). And most want to get out. But for me, it was a welcome change to the ruthlessness of audition rejection and gaping holes in my bank statement. I became a nursery teacher in a small school in Kensington.

Of course, I’d only ever wanted to be an actor since I was 8 years old when my local amateur dramatics society was considering putting me in a wig because they couldn’t find any girls with a strong enough voice to carry the role of Annie. Incidentally, I didn’t get the role and anyway spent most of the run learning Miss Hannigan’s material just in case she went off sick, but the point I’m trying to make is, regardless of when you realize you have “the acting bug”, it becomes quite a significant part of your identity. Who am I? I’m an actor! And as such, my dreams are loftier, my pursuits more challenging, my industry more competitive. And most importantly, I must discuss my latest auditions with everyone I meet. Especially other actors. I have to say I found this rather boring. Rather limiting. It struck me that, despite having received world-class training in learning the art of inhabiting the lives of other people, most actors just weren’t interested in other people. Or even in learning about them. That didn’t really square with the humanitarian in me. So, after my three-year tenure as a nursery teacher, I went back to university (having already trained in Musical Theatre) and started a degree in South Asian Studies, mainly focusing on India.

Since the change, I’ll admit, it has been difficult to watch a West End show without getting pangs of first jealousy, then envy and then disappointment in myself for not pursuing my goals to their logical end. But there are many things I like about my new life. Although I now realize that every other industry is as competitive as acting to get a foot in the door (and every other industry **is** just as competitive as acting), I enjoy the idea of working hard and getting results. Acting is a not a meritocracy. The best person doesn’t always get the gig, but I know that with job interviews in the conventional professional world, I have a better chance to get employed if I have the right skills and the most impressive CV. I know that some acting pals of mine still have one foot in each world as it were. Many perform in bands or take classes or…gasp….perform with amateur dramatics societies, but I’ve rarely seen the difference between the idea of profit share productions and high-quality amateur dramatics, certainly in London anyway.

It takes a re-framing of your goals and your identity to do so, but I think leaving acting, if it feels right for you, makes you a happier, healthier individual. If you can pursue your goals and you still want to, then you shouldn’t be discouraged from doing so. Nobody has the right to tell you otherwise. But if that fire has gone out or you just want a break, or you don’t have the financial support, or the mental wherewithal, or if you have just fallen in love with something else as I did, then I don’t think you should flog a dead horse just because it is glamorous to say “I am an actor!” And anyway, I didn’t want to be an actor anymore. I wanted to be a person. 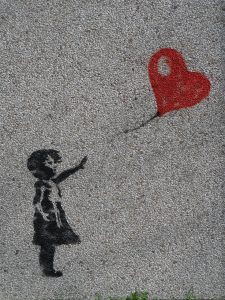