Ahead of our Surviving Actors convention in Manchester on October 22nd, we caught up with Manchester based actor Lucas Smith to give us a bit of an insight what it’s like being a performer up north. 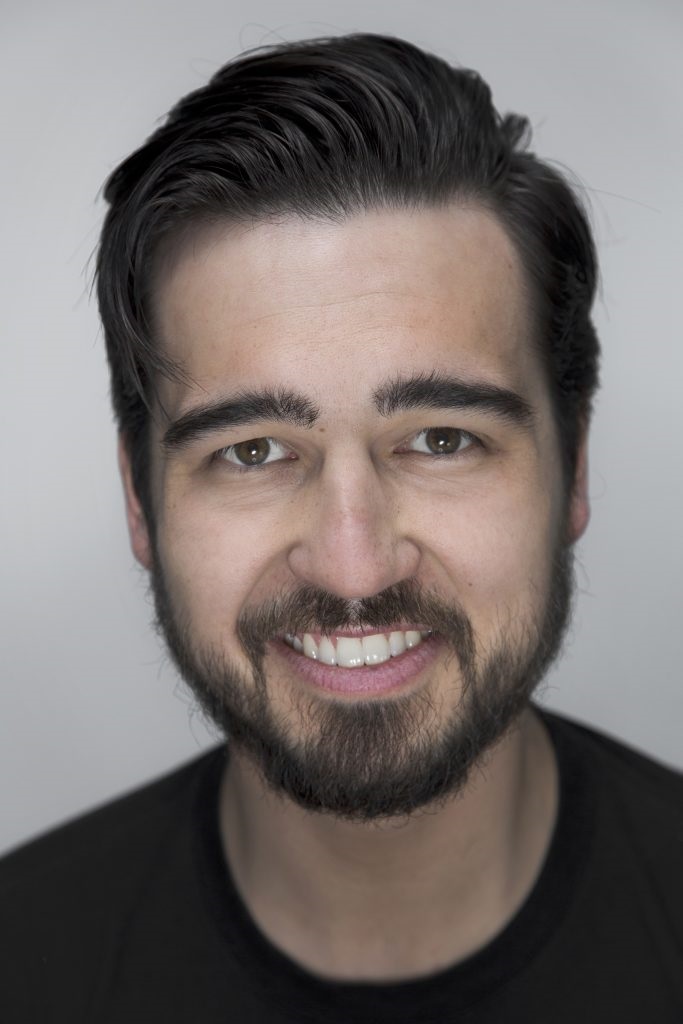 Hi Lucas! Could you give our readers a bit of an intro and background to yourself and your career?

Hi! Well my name is Lucas Smith, I’m 28 and I live in Manchester (Sorry, I know this isn’t Blind Date). I trained at a year long residency in Stratford-upon-Avon, then onto Manchester School of Theatre at MMU.

There wasn’t any bullshit. My cohort was blessed with incredible practitioners: the core team of Movement, Voice and Acting teachers are all absolutely at the pinnacle of their fields, and visiting directors all industry-leaders too.

So, you live in Manchester. How do you find being up north in terms of the amount of work and castings?

Well there’s certainly a hell of a lot of work up here. Manchester’s current and ongoing renaissance (alongside other Northern powerhouse cities; notably Leeds and Liverpool) means there’s an ever expanding pool of production going on across theatre, film, television, radio and commercial advertising media. Famously, the creation of MediaCity on the Quays, and the expansion of both BBC and ITV studios, has widened the field for actors too, just as it has for production and technical roles. Hardly a week goes by where there isn’t a film crew in the Northern Quarter or down on Spinningfields, and the city breezes past it like it’s part of the furniture. I suppose it is. It certainly feels like creative endeavour in that music, film, television & theatre is interwoven into the fabric of the city and its people.

In theatre too, the city’s producing houses (like The Royal Exchange) and satellite towns’ theatres are developing ever more stunning work, and with HOME having been established for over a year (a collaboration between the old Cornerhouse and wonderful director Chris Honer’s Library Theatre Company, now under the Artistic Directorship of Walter Meierjohann as HOME) and plans for The Factory Theatre in 2019, there is a broad variety of big house work to be had.

There are also, and perhaps more importantly, lots of smaller, independent theatre companies who are making theatre that is daring and relevant and further broadens opportunities for an actor. I’ve been blessed since leaving MST to work with Box of Tricks Theatre Company (Hannah Tyrell-Pinder & Adam Quayle) who came up from London in February of 2012 (just before I graduated, serendipitously) and have gone from strength to strength, creating theatre that is ambitious, engaging and challenging to boot. Notable mention must also go to Hope Mill Theatre Company, who took part of a derelict mill in the quickly regenerating Ancoats and turned it into the most gorgeous, and not insubstantial, black box theatre and arts space. The chaps behind it, Joseph Houston and William Whelton were Londoners too….

Casting is a mixed bag I’ve found. It is changing, and the Manchester old guard casting directors have always been open minded and unbiased, but I do find there are some directors and companies that use their London based casting companies for shows they’re producing here in Manchester, and at the risk of sounding like a bitter Northern-based actor, it does put a slightly unfortunate angle on the casting process. But it is changing. As we all know, the recession didn’t do anything to help the situation. I don’t feel disconnected from casting in London either though. From my home on the edge of the Manchester city centre I can be in Covent Garden in two-and-a-half hours, though regular trips can be a touch on the expensive side.

As an actor, what resources does Manchester have for you in terms of classes etc?

There’s a number of long-established acting courses and classes outside of the obvious training. It has become quite popular for well-known actors to open named schools for generalised evening or weekend classes, and I’m really not sure how I feel about it. On the flipside, there are industry professionals with specific, additive skillsets like Stage Combat, Musical Theatre or Horse Riding who often run accredited weekend courses across the city. Many of the theatre companies and big houses run courses and events too, so there’s certainly no shortage of ways to keep fresh.

What advice would you give anyone thinking about making the move out of London up to Manchester?

Do it. Absolutely do it.

And bring an umbrella.

To find out more about Lucas and his work, visit his website at www.lucas-smith.net