Aspiring to be a Young Actor: Training Opportunities, the Casting Process and so much more! Hosted by Spotlight + Industry Guests 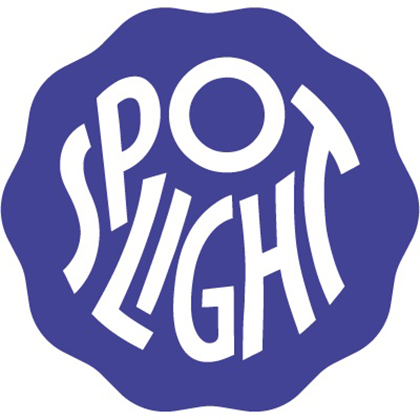 How does a young actor find their route into the creative industry, what should they look out for, and once there, what does a career as a Performer look like in its early stages? In this session, with an experienced and lovely panel of industry professionals, we will explore it all, from different training options, sourcing auditions or finding an agent, to understanding the role of the casting director, how they utilise casting platforms such as Spotlight to find young actors, uphold their ‘duty of care’ to them as young people entering an industry full of unknowns, and how the casting process actually works, from first round audition to production launch and beyond.

Host: Ellie Samuels: Ellie is the dedicated Young Performer Consultant at Spotlight and has been a part of the Spotlight team since 2003. She works closely with agents representing young actors on Spotlight and within the team of dedicated casting professionals. She originally trained at the Guildford School of Acting in musical theatre, graduating as a performer in 1987, and went on to work in musicals at Repertory Theatres, on National & International Tours and in the West End. She is a dance teacher in her spare time teaching at a children’s school initially and then moving on to teach adults as an assistant jazz teacher at Pineapple Dance Studios since 2000, as well as freelance across different studios.

Panelllist: Dominique Moore: Dominique Moore is an actress and writer from London, England. She started out in theatre at a young age, originating several roles in West End productions, including being the first Young Nala in Disney’s The Lion King (Lyceum Theatre).

Dominique won the Stage Newspaper Scholarship age 12 to study at the renowned Sylvia Young Theatre School, this was documented on the BBC fly on the wall documentary series Paddington Green: https://www.youtube.com/watch?v=OgEE-5X5IZw.

She is well known for her series regular role in Award Winning TV sketch show Horrible Histories. Her performance of notable figures such as: Mary Seacole and Rosa Parks have been well received by audiences and critics alike and feature in many press articles and reviews.
Other notable screen credits include Yasmina in Finding Alice, A Confession and Torvill & Dean (all for ITV), BAFTA nominated Anthony (BBC), Four Weddings and a Funeral (Hulu) as well as the EMMY nominated ‘Tracey Ullman’s show’ for HBO/BBC. On stage, she starred in Patrick Marber’s sold out production of ‘Don Juan in Soho’ alongside David Tennant. Dominique also voices several animation characters including the first black female role of ‘Ruth’ in ‘Thomas and Friends’ and ‘Pickle Pony’ in ‘Lovely Little Farm on AppleTV+

In the Summer of 2021 Dominique moderated the BFI x ITV Talent Talks – Black Hair and Make Up. She is also a Trustee on the board of charity NYAT (National Youth Arts Trust) In May 2016, Dominique founded DMA London and opened creative studio ‘The DMA Studio’ in Hackney Wick, London. Owing to her successful and expansive career, she now mentors and coaches’ young professional actors all over the world. DMA has working relationships with several industry professionals and productions that provide opportunities for the young talent she works with.

Dominique is passionate about providing young actors with the tools, industry understanding, knowledge and support to help them succeed. Since working with her, young actors have gone on to achieve international success in the world of Arts and Entertainment.

Panellist: Mel Brown: Mel studied drama at Loughborough University, before heading into the industry and interning at several places including Hubbard casting, the National Student Drama Festival and a number of performer agencies. She then took up a full-time job as a young performer agents assistant, where she remained for five years and worked her way up to being a Junior Agent. In 2016 she moved to Spotlight and started on the membership support team, before moving to the membership team in 2017 and has recently been promoted to one of Spotlights Success Managers.