In this interview Actress Michelle Lukiman shares her experience on attending Actors Pro Expo and how making connections at the event served her well and even helped book her a role! 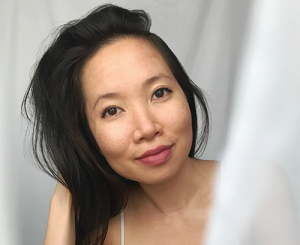 1. Michelle tell us how long you’ve been Acting and where you’ve trained?

I had some exposure to theater and arts in my schooling, but it wasn’t until I won bigger roles in college that I started dedicating myself to acting. It was then that I realized it wasn’t just part of everyone’s life – it was a lifestyle to pursue. So, I graduated Amherst College with degrees in Theater & Dance and English and came back to LA.

I’d say my first professional LA training was actually on set – I interned on film productions, in casting, with entertainment PR firms, and anywhere that would help me get a 360 on the LA industry. I wasn’t acting for most of these gigs but, as a girl with no immediate connections or mentors in the industry, I learned so much about the business through those experiences. I’ve since studied at Stella Adler’s LA branch (Art of Acting Studio), at Lesly Kahn, and lots of classes (including some fun Spanish ones!) in between. I’m now most active in film, TV, commercials and voiceover.

2. To date what would you consider to be your greatest career successes?

Every success has been more exciting than the last. I’ll never forget producing and starring in a project that received Best Actress and Best Comedy film fest nods in Madrid, where I used to live/study. Using my heritage Indonesian for voice work on MacGyver was really special, but then appearing on-camera in NCIS, which gets aired in Indonesia, was even cooler because my relatives abroad could actually watch!

Right before 2020’s travel complications, I was shooting on shows in Atlanta and New Orleans and, as someone who loves to travel but hates to miss work, being able to explore another city while on the job was a wild success. New Orleans was for a guest star on Better Things and, y’all… the incredible energy of that set and trip will stick with me for a while. Plus, the episode airing in the midst of a global lockdown was strange but special; afterwards, folks wrote nice messages about how much they enjoyed the NOLA immersion, a very visceral trip offering from the safety of home. It was all part of a few momentum-filled months that brought surprise after surprise, and I’m grateful to have been a small part of so many talented teams – I mean, I grew up watching some of these people! That said, we’re still working towards more growth, always. 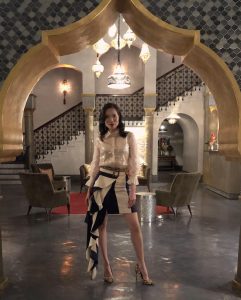 3. Why did you decide to attend the expo event?

I opened an email about it (very late the night before), and Meals 4 Monologues sounded like such a great idea. That, plus the self-tape panel and other sessions, convinced me to set my alarm. I returned for a second year because my first year at Actors Pro Expo was so great.

4. Tell us about who you met at Actors Pro Expo?

A lot of folks! Everyone was so friendly. Connected with a few peers and industry faces, and ended up getting to know them more personally. In addition, I performed for several CDs who cast powerhouse projects, and being able to put faces to their names and hear them speak was so valuable.

5. What was the most valuable thing you learned from the event?

Showing up is half the battle – you never know what may happen! 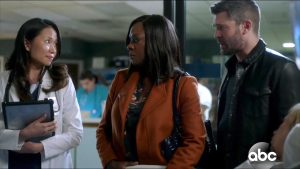 6. Attending the event led to a casting opportunity, tell us all about that?

Meeting someone once is not a guarantee of anything. But! After getting good feedback on my M4M performance, a few weeks later, I encountered one of the CDs I’d read for and our time at the Expo served as the most helpful icebreaker/launching off point. Soon, I got called into their office multiple times and booked a fun role on a long-standing show that became a huge push for my career momentum. They’ve now become one of my favorite casting offices and continue to call me in!

7. What piece of advice would you give to Actors attending the event today?

I’m still very much figuring all this out myself. But what works for me is: plant seeds and keep moving.

I never expect my phone to explode with calls after a single event; rather, at the Expo, I was happy to present myself professionally, make some organic connections, then move along. I think that applies not just to the jamb packed expo, but to all the other shots we actors have to take. “Right place right time” is part of it, but most of my successes have come from a trail of effort breadcrumbs – rarely am I just handed one big loaf of luck. Stay open and water your seeds.